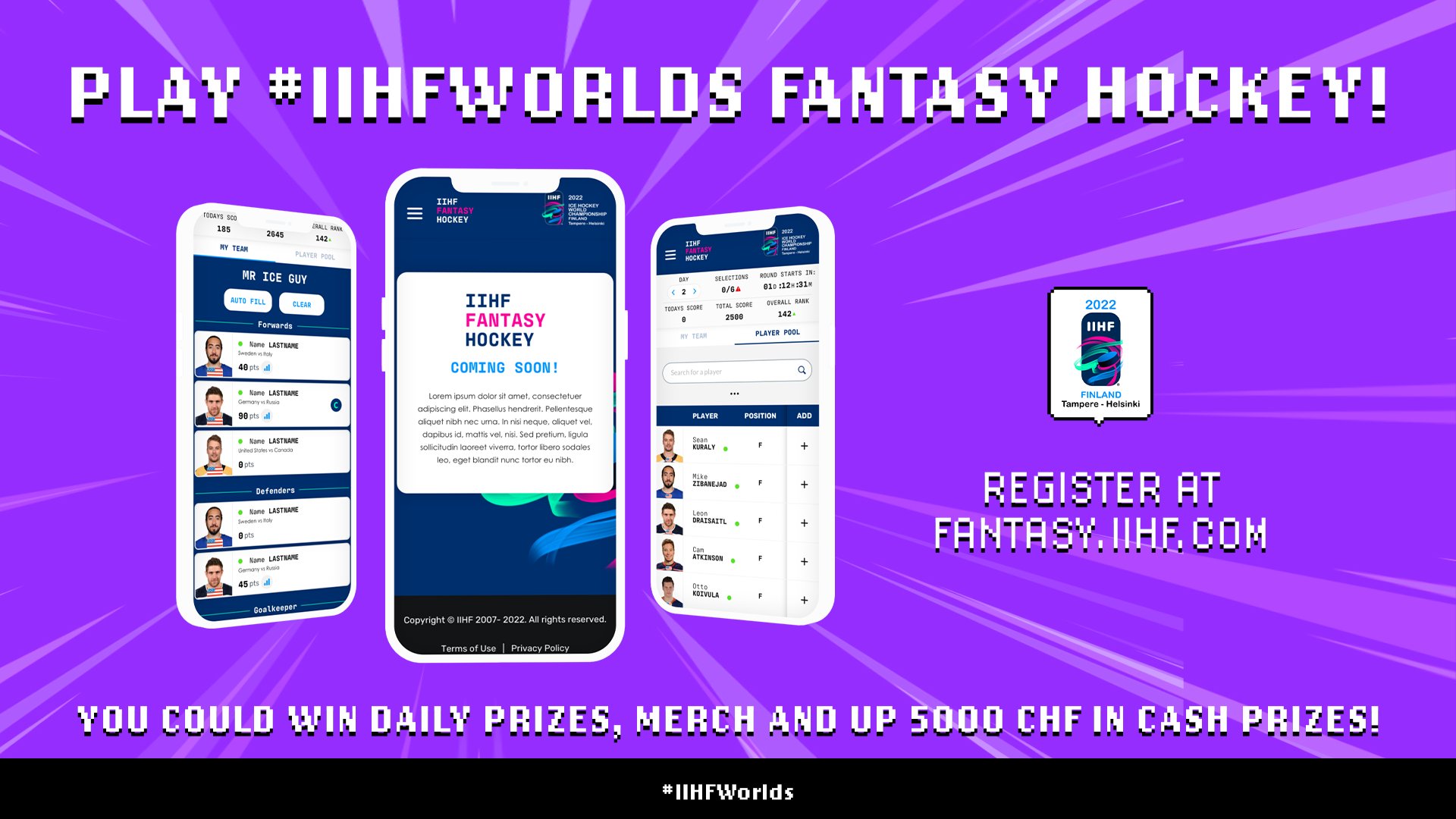 Genius Sports, the official data, technology and broadcast partner that powers the ecosystem connecting sports, betting and media, and the International Ice Hockey Federation (“IIHF”) have combined to launch the official Fantasy game for the 2022 IIHF Ice Hockey World Championship.

Starting today, 16 national teams will compete in Finland for the ultimate prize in ice hockey with fans immersed in every game through the daily IIHF Fantasy Hockey.

Ice hockey fans from around the world can compete against each other to predict who will be the stars of this year’s Championship, selecting a team every day with three forwards, two defencemen and goalie. Fans can track player statistics from every game, create their own leagues and compete for several prizes, including a cash reward of 5000 Swiss Francs for the overall winner.

The IIHF partnered with FanHub in early 2021 to power IIHF Fantasy Hockey for the 2021 Championship, creating a vital engagement platform for ice hockey’s showpiece event. Since acquiring FanHub in May 2021, Genius Sports has struck exclusive free-to-play partnerships with the European Tour, Canadian Football League, Mid-American Conference and more.

“Official Fantasy games are a pivotal tool for every sports league to engage and better understand their fans,” said Judd Goldstein, Head of Sales, Fan Engagement at Genius Sports. “We’re thrilled to be powering a central part of the World Championship fan experience, helping the IIHF to build and expand a loyal audience of ice hockey fans that can be engaged year-round.”